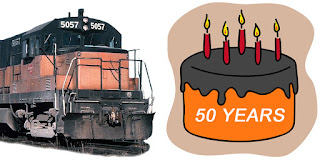 It entered service for the Milwaukee Road on July 14, 1965 as locomotive number 388.  By the end of the month, it was pulling freight across the system.  The first documented trip in Washington we have identified occurred on July 31, about two weeks after it entered service. 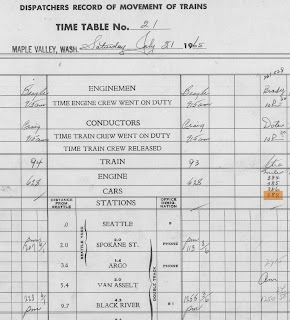 Here is an August 1965 view of the 388 going through Cle Elum, one of the earliest pictures of the locomotive.  Right behind the power, all GE U25B locomotives like the 388, the dynamometer car is collecting data on the performance of these new additions to the fleet. 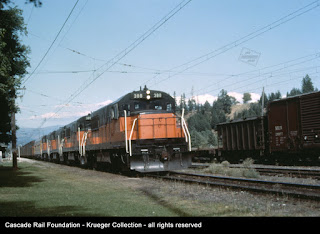 In honor of the 5057's birthday, consider making a birthday gift donation to the 5057 Project!